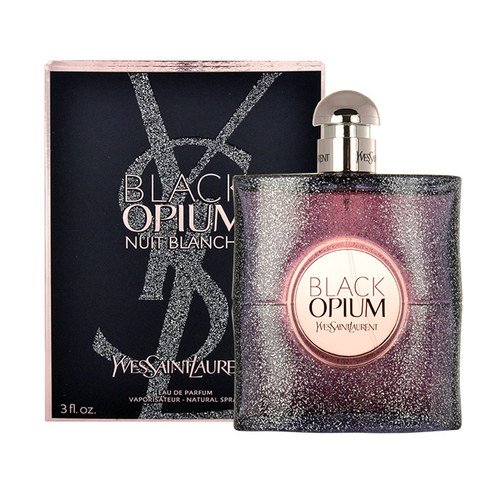 Nuit Blanche is an annual arts festival in Paris, which lasts all night. Black Opium Nuit Blanche is inspired by the night life of the city that never sleeps, promising the mysterious and unpredictable experience of an electric night in which everything is possible. Between tension and sensuality, audacity and femininity, the perfume combines the energy of coffee with sparkling orange blossom, illuminated by white musk. There are notes of silky smooth rice, Bourbon pepper, orange blossom absolute, Black Opium coffee, vanilla absolute, sandalwood and white musk.