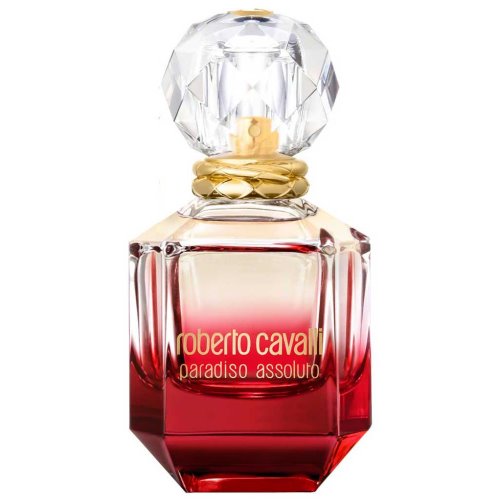 The third fragrance of the Paradiso collection is Paradiso Assoluto, released in late 2016. Paradiso Assoluto represents aromas of a heavenly garden, its generous nature and intense flowers. It is announced as a sensual and alluring scent that starts floral and spicy with accords of red pepper and wisteria. A wild jasmine note, signature to the Paradiso line, is mixed with red lily in the heart of the perfume. The base is described as sensual and creamy, with accords of patchouli, sandalwood and vanilla.