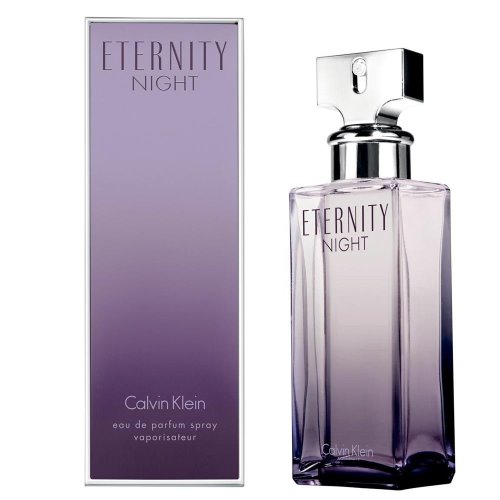 Eternity Night for Men Eau de Toilette, a woody-fougere fragrance, opens with accords of coriander seed, paprika and plum. The heart of the compositions contains aromatic notes of clary sage, lavender and violet leaf. The base is woody with accords of sandalwood, cedar and vetiver.

The advertising face is model Christy Turlington, who was also on the first commercial for the original perfume. Her real-life husband Ed Burns is also featured, photographed by Inez Van Lamsweerde and Vinoodh Matadin.

Dolce & Gabbana The One EDT 100ml for Men